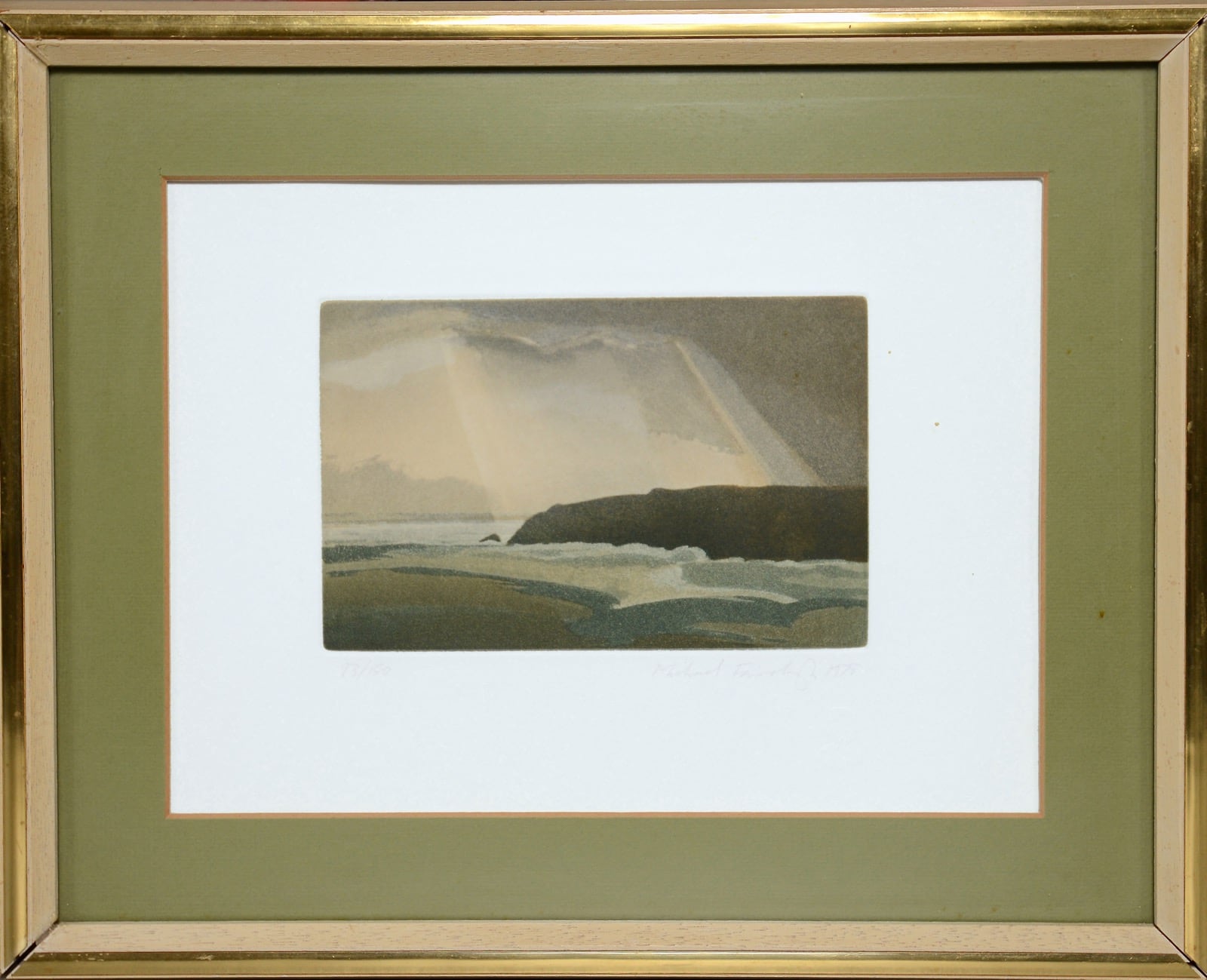 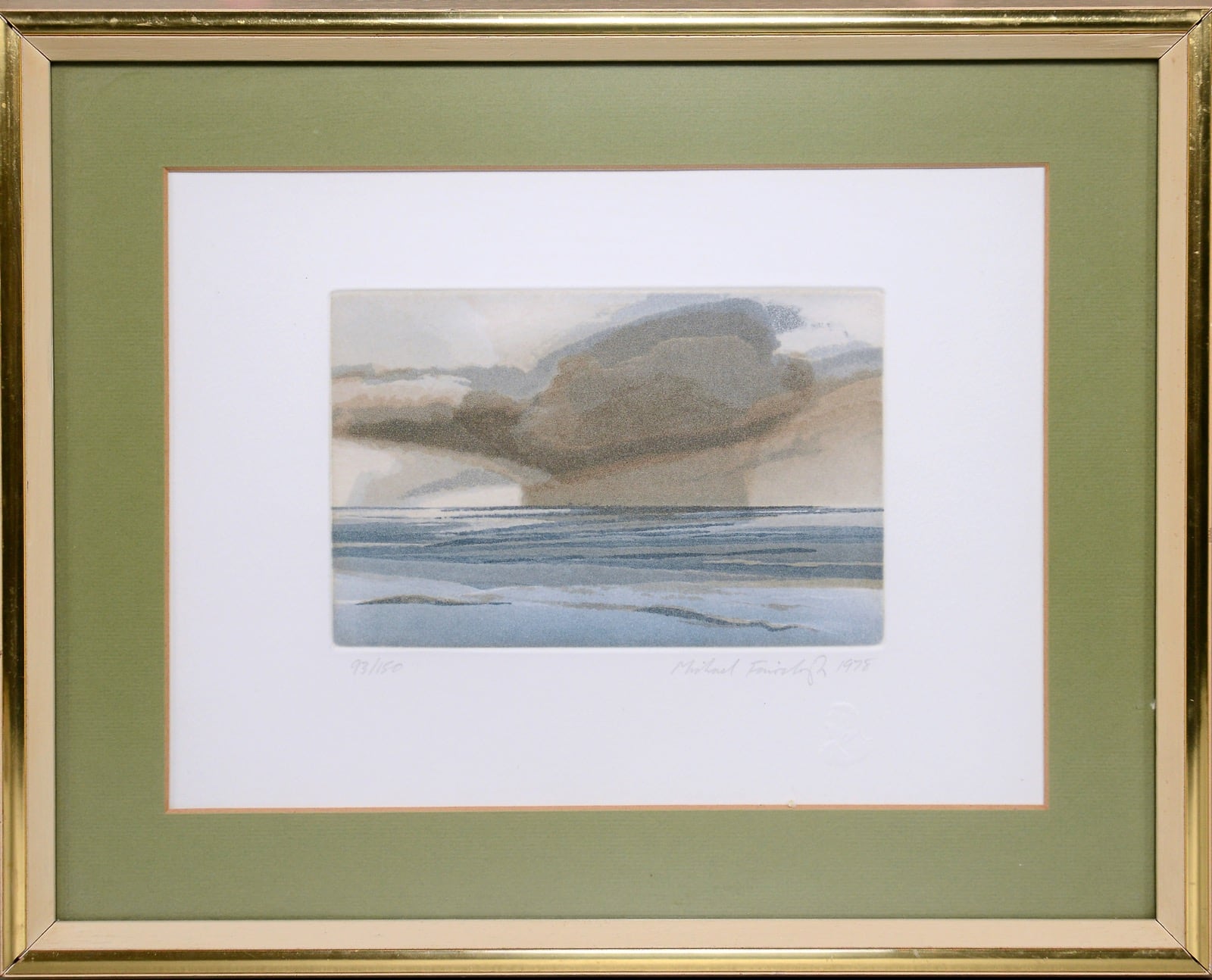 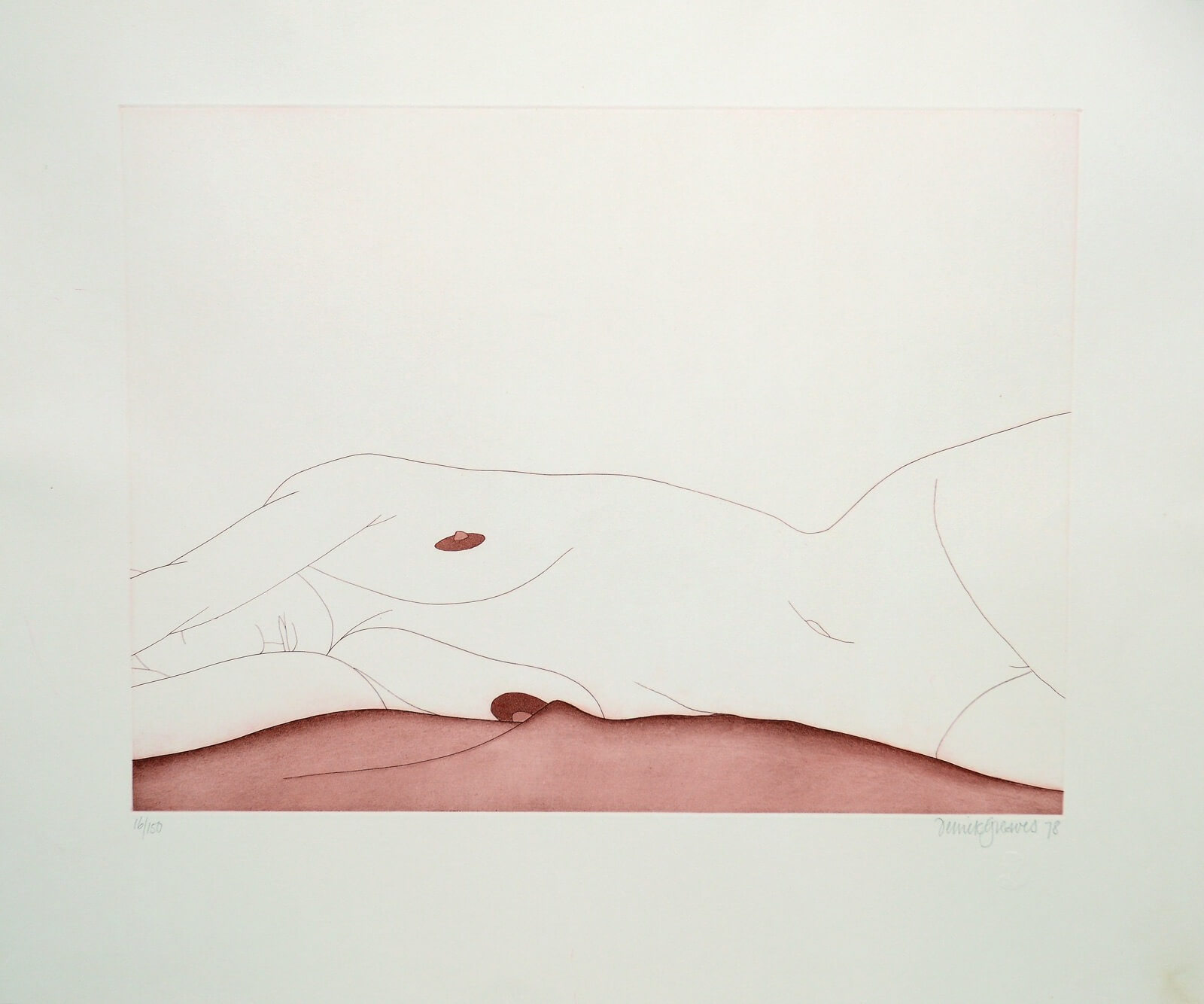 Michael Fairclough is a contemporary British painter and printmaker. He has exhibited widely in Britain and abroad and his oil paintings and colour aquatints are in many public, corporate
and private collections around the world. Michael Fairclough was commissioned to design a set of National Trust stamps for the Post Office in 1981 and his commission of five large
canvasses for the boardroom of the new Meteorological Office in Exeter is probably his most important so far. He is a regular exhibitor at The Royal Academy of Arts Summer Exhibitions
and the 50th of his works to be shown there is in the current 2016 exhibition.

Michael Fairclough’s work has always been characterized by a strong abstract structure underpinning a sense of space and informed by acutely observed meteorological events – perhaps
not surprisingly he is also a glider pilot.

“Michael Fairclough’s paintings are, in the true sense of the word, awesome. The huge skies filled with strong sunlight and the cold, powerful seas that form the foreground of his highly
atmospheric images transmit to the viewer the vastness of the heavens and the remoteness of the locations that Fairclough tends to frequent.”

Derrick Greaves is one of the most eminent British painters and is extensively represented in museum and public collections.
He initially gained acclaim in the 1950s, when he represented Britain at the Venice Biennale along with the other ‘Kitchen-Sink’
painters: Bratby, Middleditch and Smith. However, his work swiftly developed into a more heraldic style that paralleled 1960s
Pop Art.

In the 1970s, having pared down his vocabulary, Greaves set about enriching his imagery. The iconographic complexity
increased in two new ways: first, through the incorporation of words and then through the fortuitous adoption of collage,
not just in works on paper, but in large-scale canvases.

Discussing his work during this period, Greaves stated: “Each painting has a particular logic or lyricism which declares itself
during the process of painting only gradually. It is so easy to damage and thus lose the life or heart of the image by
misunderstanding this slowly unmasking and uncompromising logic – which may be/is peculiar and particular to the image.”
Restructuring his language allowed Greaves to incorporate words in order to introduce a narrative element into strongly
formal compositions. At a time when even figurative artists adopted a Modernist rhetoric which rejected narrative or
storytelling – most famously and articulately in the interviews given by Francis Bacon – Greaves’s sardonic response was
to introduce actual words and narratives to accompany highly pared-down images. Greaves had already written narratives
in his notebooks and in several paintings of the 1970s and 1980s he incorporated pre-existing words, phrases, sentences
and even stories.