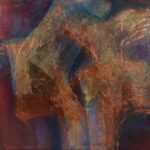 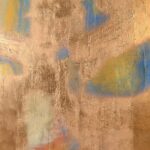 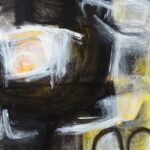 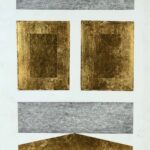 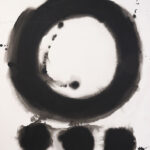 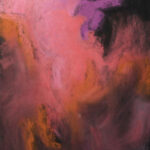 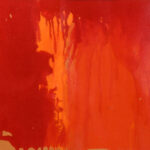 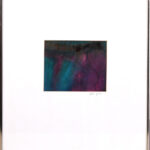 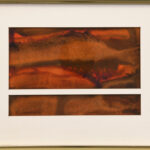 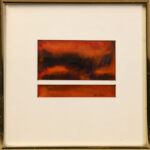 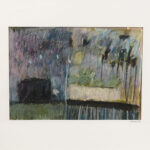 Abe Vigil was an American artist of Spanish descent which was evident in his life’s work. He was best known for large
canvases that incorporated black and red color fields indicating his need to solve the tensions between form and color.
Vigil did not name his paintings unless compelled, as he felt the viewer would react on a surface level and not personalize
the painting. It was so important to Vigil that the viewer connect on an intellectual level that only select gallery showings
were allowed.
Born on April 13, 1932 in Denver, Colorado, Vigil originally studied Art Education, becoming a teacher and art education
administrator – wherein he influenced thousands of students over 30 years.

In the late 1950’s Vigil began pursuing the Abstract Expressionist movement that began in New York. He was particularly
influenced by Franz Kline, Mark Rothko and his Spanish counter-part, Antoni Tapies. Wanting to delve deeper into the
Abstract Movement, Vigil earned his Ph.D. with his thesis being, “The Creative Process”, based on this movement and
presented a one-man show at the University of Northern Colorado.
Over the next decades, Vigil continued pushing boundaries and expanded his medium to include resin and welded
sculptures, ceramic wall hangings and bronze sculptures (even catching his shoes on fire once while casting!).
He also created a monumental, formed-wood sculpture that sits in Governor’s Park in Denver.
Vigil continued to work at his studio on large canvases, adding figurative images and later, swaths of gold. He died on
April 26, 2009, leaving a legacy of works throughout Colorado as well as New Mexico, New York, Texas and California.
The works represented in this gallery are from the heirs to his estate, as a prolific painter, sculptor, jeweler, and ceramist;
these are some of his best examples of his 2-dimensional artwork.